The Stone Soup Animal Rescue is filling a desperate need in Woodruff by rescuing, rehoming, and caring for unwanted and mistreated animals.

The rescue was built by its Founder and Executive Director Allen Poole, who works tirelessly to create a safe and loving environment for the animals who are waiting to find a new “forever” home.

Poole decided to build the rescue after experiencing the heartbreak of two of his own dogs running away. The dogs escaped his property while being bathed, likely chasing after a deer scent. Poole immediately started searching for them and putting up flyers around his neighborhood. “I spent countless hours looking for our dogs, people were calling all the time saying they had seen stray dogs that might be mine,” Poole stated.

Poole received multiple calls in response to his flyers every day, but when he showed up to catch the dogs they, unfortunately, weren’t his own. “Our dogs were like kids to us, it was a difficult loss, and we’ve never stopped searching for them,” Poole said.

Realizing that someone else was suffering from the loss of a pet the same as he was, Poole started taking in the dogs he encountered in an attempt to reunite them with their owners. In many cases, the owners weren’t found, and as the number of dogs he was housing grew, Poole’s heart compelled him to start the rescue as a way to serve the community and memorialize the loss of this own pets.

“After getting call after call about stray dogs, I realized there were many people like me who were suffering from a pet that went missing, and that there was a great need in the community for a rescue”

The rescue is comprised of the main building with eight permanent indoor/outdoor kennels for dogs, two auxiliary kennels, and an 80′ x 100′ exercise area. Work to expand the operation to house eight more dogs is already underway. The building also has a medical intake room, a cat quarters housing nine cats, a pantry for food and supplies, a wash station for cleaning the animals, and a meeting room for prospective adopters.

The rescue requires a minimum of $1,000 per month to feed and house the animals, but those expenditures can be much greater, as high as $5,000 per month when medical and other intake costs for new rescues are added. When the monthly costs aren’t met by donations, Poole makes up the difference, but cash isn’t his only contribution to the project. Despite working a full-time job, he personally feeds, exercises and socializes the animals at least twice daily, along with cleaning their kennels and the facility.

In the interest of ensuring the rescue can operate long into the future, it was turned into a 501(c)(3) nonprofit organization, which also helps with funding and to provide a tax break for those who donate. The nonprofit is currently administered and assisted by Shannon Poole, Ellen McDole, Chrissy Rudder, and Jaime Nash. Cindy Dee handles the book-keeping, while Charity Thompson assists by taking the animals to the vet and caring for them. They are all unpaid volunteers, who contribute their time out of the goodness of their hearts.

Some of the dogs at Stone Soup are victims of neglect and abuse. One was used as a “bait dog” for dogfighting, and one weighing 35 pounds was found tied to a tree by a 50-pound chain. Some were simply neglected or left to starve by their previous owners. Despite the mistreatment, each and everyone is friendly, loving, and ready to become your new best friend. These animals did nothing to deserve the abuse they have endured, but each and everyone deserves a loving and caring home.

Stone Soup has rescued approximately 70 dogs, 50 of which have been rehomed, since it’s inception in early June of 2019. The rescue is currently at capacity caring for 19 dogs, and because there isn’t enough space for all of them in the building, some are housed at Poole’s residence while others are in temporary homes with volunteers.

The rescue accepts calls from residents who have found stray animals, as well as working with local humane societies to provide room for overflow when the shelters are full. In a perfect world, they would accept every unwanted pet that needs a home, but they regrettably have to turn some away due to a lack of space.

Rescuing cats and dogs isn’t the only project the rescue participates in. They are also active in the Trap Neuter Release, or TNR program. The goal of TNR is to capture, spay or neuter, and release feral cats so their numbers don’t increase. They also provide small shelters, such as ones built by Poole out of coolers, that are positioned where feral cats will use them to take solace from the frigid temperatures and have a safe place to sleep away from predators.

Stone Soup Animal Rescue is located off Highway 101 just outside the city limits in Woodruff, but its precise location is not disclosed to protect the animals from theft, and the rescue from revenge by those who have been forced to surrender their animals due to neglecting or mistreating them.

If you are interested in adopting one of the beautiful and loving animals at Stone Soup Animal Rescue, you should call (864) 415-2327 or visit their Facebook page or website to set up an appointment to meet the animals and find the one that will make a perfect addition to your family.

You are also encouraged to support their effort by donating, every little bit helps. Your contribution will make a significant difference in the life of a neglected animal in our area.

*For clarification, the Stone Soup Animal Rescue is not associated with the Stone Soup Storytelling Institute or Muse 134. Poole’s family had previously referred to the property as Stone Soup Acres and carried the name on to the rescue. 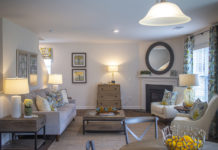 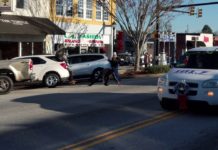 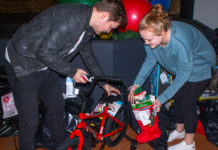